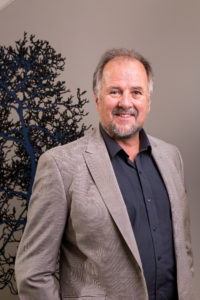 When ILETC began, a number of assumptions about innovative learning environments (ILEs) were common. One assumption commonly heard during the early years of ILETC was that teachers were simply avoiding using ILEs to their potential. It argued that ‘established pedagogic habits’ were proving hard to change and as a result students were losing the value that ILEs offered. The often-articulated expression was that despite being in new spaces, students were getting from teachers the ‘same-old same-old’.

In the last four years, the ILETC project has gathered evidence that goes a good deal of the way towards refuting that assumption. Data from a combination of sources collected during its Phase 1 (see our Technical Reports) show many teachers are using these spaces well. Certainly, there exists a need to do more, but we found that contrary to the assumption, ‘good practices’ were common enough in schools that ILETC did not need to create interventions. Rather, it could focus to a large extent on collecting examples of what teachers were doing well and designing a method of disseminating those good practices to a willing and wide audience.

The Spatial Transition Pathway celebrates the professionalism of many teachers who – knowingly or unknowingly – are experimenting daily with their spaces in order to improve their teaching. The Pathway provides a structure for organising those efforts into themes, and navigating individual pathways into ILE practices assisted by work done by others before them. It is a celebration and accumulation of strategies and tools that has helped teachers and students successfully transition into innovative learning environments.

Proceed to the Spatial Transition Pathway